Students from the Atlanta Opera High School Opera Institute showcased their work in a concert presented at Morningside Presbyterian Church on June 10th. Led by Music Director and Atlanta Opera Chorus Master Walter Huff, eleven students presented arias and ensemble pieces from both popular and lesser known operas. In this nine-month professional development program, students receive coaching in preparing and auditioning for a role, selecting a music school, characterization, diction, and vocal technique. One of a few programs of its kind offered by an opera company, the participants of the High School Opera Institute receive training from acclaimed music professionals such as Beverly Blouin, Stephanie Adrian, and Laura English-Robinson.

Below is a snapshot of the concert, and these talented youngsters! 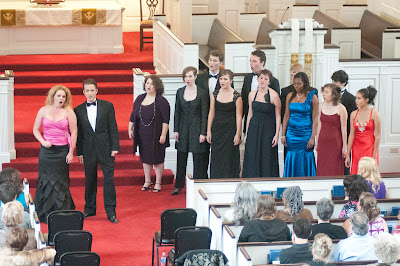 To begin the concert, guest soloists Elizabeth Claxton and Nathan Munson join the students in the Brindisi from Verdi’s La traviata. 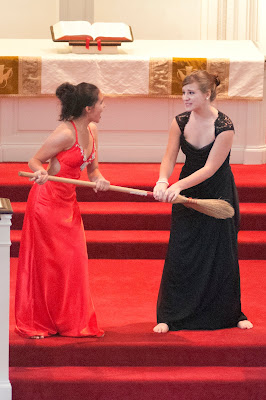 Hansel (Rosie Hughes, left) and Gretel (Daniela Rivera) argue in typical brother and sister fashion. Rosie is a rising senior at The Paideia School, and Daniela will be a junior at The Atlanta International School. 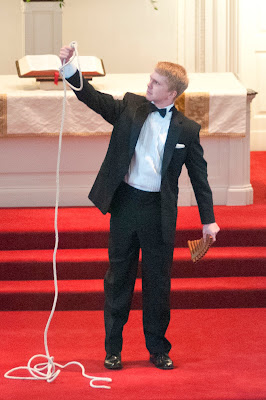 In The Magic Flute, Papageno (August Bair) contemplates suicide, but is promptly deterred by three kind spirits. August will be majoring in voice performance at Bard College (New York) this fall. 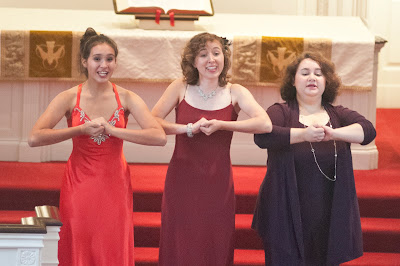 (Left to right) Daniela Rivera, Sarah Pamplin, and Rachel Stein perform “Three Little Maids” from The Mikado. In the fall, Sarah will attend Jacksonville University (Florida), and Rachel will begin a degree in voice performance at Kennesaw State University. 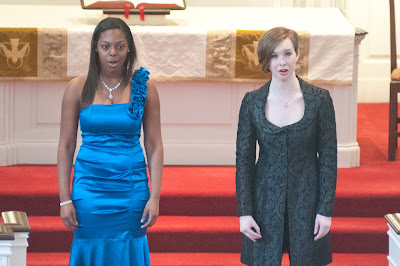 Dominique Williams, who will attend Mercer University, and Anne Stillwagon who will attend Oberlin Conservatory, perform the delightful Barcarolle Duet from The Tales of Hoffman. 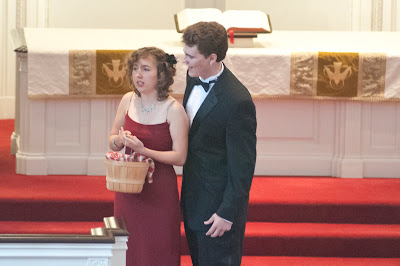 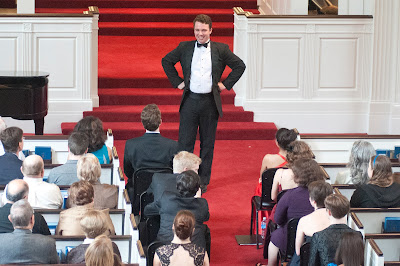 Singing to a delighted and attentive audience, Christian Einertson presents “Oh, better to live and die” from The Pirates of Penzance. Christian will attend Augustana College (South Dakota) where he will pursue degrees in vocal performance and modern foreign languages. 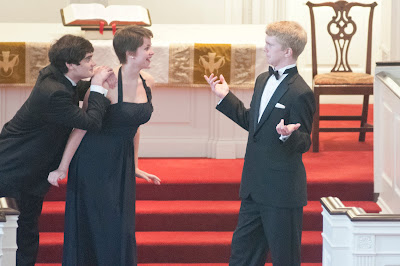 Jason Friedman (left), Juliana Laseter and August Bair present a witty trio from Donizetti’s The Daughter of the Regiment. Juliana attends Eastside High School and Jason will attend Harvard University in the Fall. 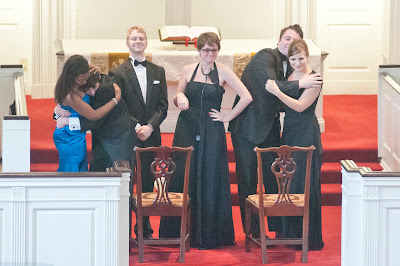 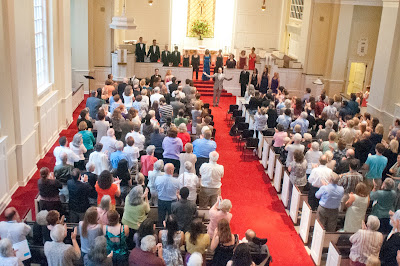 Usage of any images on this blog is restricted to The Atlanta Opera and approved news websites. Any other usage, particularly for professional purposes, must have written permission. For additional information, please contact The Atlanta Opera's Marketing Department at 404.881.8801.
Posted by The Atlanta Opera at 2:56 PM 1 comment: 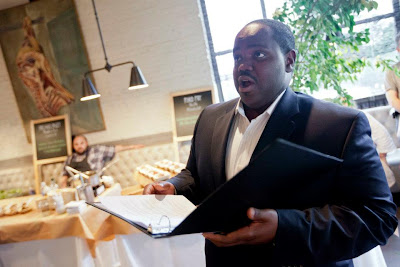 The Atlanta Opera's Tim Miller appeared in some promos announcing schedule changes to the [Adult Swim] line-up on the Cartoon Network. How much fun is this?